John A. McFadden was ordained a priest for the Diocese of Rockford on Saturday, June 5, 2021.

The founder of the Knights of Columbus is Blessed Fr Michael J McGivney. He was officially declared “blessed” at his beatification Mass held on Oct.31, 2021.

This beautiful image is he altar at our home parish, St Thomas the Apostle as we Knghts prepare for our Annual Remembrance of our fallen brothers.

We welcome our new pastor and Council 3880 Chaplain!

At the June Business meeting, we elected the Officers for the Fraternal Year 2021-2022. Click here to view. 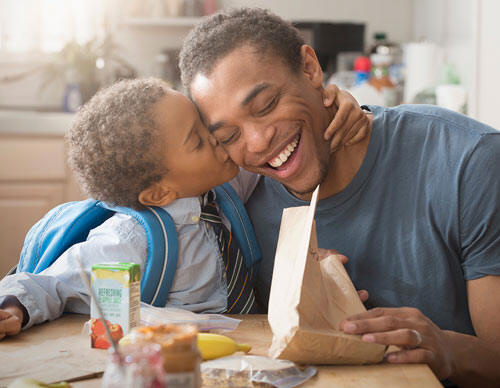 In July we celebrate Father's Day. Seize the day, as the expression goes! While you bask in the love and adulation you receive on Father’s Day, what better opportunity is there to claim your most vital role as a Catholic father? … more …

The Fr. McCormick Council was formed on July 1, 1954. The men who formed the council were mostly returning veterans from World War II and the Korean Conflict. They had served their country valiantly and were determined to carry their dedication of service to Church, Community, County and Country by forming the Knights of Columbus Crystal Lake Council. Fr. E. A. McCormick (1884—1955) was the first chaplain of the council and was the pastor of St. Thomas the Apostle parish. Shortly after Fr. McCormick’s death in 1955, the council renamed itself the Fr. McCormick Council.

Over the past 60+ years, the council has had thirty plus Grand Knights. No charter members are still alive. The last two—PGK, Jerry Mayer and PGK, Norb Jacobs who has since moved and now was a Knight with the Huntley Council 11166. In the last 30 years, there have been 8 District Deputies including current members PGK, Tony DePippo, PGK, Bob Thomas, PGK, Ken Olsen and PGK, Joe Kaltwasser, PGK, John Orso. In addition Joe was a State Deputy and Vice Supreme Master. Jerry Mayer was also awarded Knight of the Round Table and he, Tim Flanagan and Andy Gardner started the Ladies Auxiliary.

In the early days of the council, meetings were held on the second floor of the American Legion hall, which is now Park Place at the corner of Oak St. and Woodstock St. In the late 1960’s the council was able to move their meetings to the current Oak St. Church.

We have been an extremely busy council and have been active in numerous activities including the John Churchan memorial Corn Boil which has been in existence since the early 1960’s. Continuing the tradition was the annual St. Pat’s Dinner Dance originally run by PGK, Vince Motolla which is still a favorite to this day. One of Jerry Mayer’s favorite events was the Barn Sale held at Crystal Plaza and hosted by Andy Gardner and Tim Flannagan.

In recent years, many men have had the honor of becoming officers and Grand Knights of the Council. The council has earned numerous honors including over 20 Star Council awards and winning the Best Newsletter in the state for all councils. This tradition continues to this day and the council looks forward to another rewarding half century of service to Church, Community, and Country. 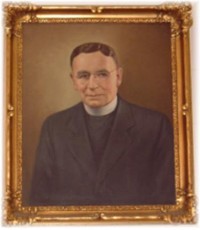 Our Council is named in honor of Father E. A. McCormick. On May 2, 1922, Father McCormick was appointed the first permanent pastor of Crystal Lake. About that time, Mrs. Libby Reynolds, a parishioner, donated four lots to be used as the site of a new church, rectory and school. Later she donated a playground for the school children. On June 1, 1922, ground was broken for the rectory, the first home for the resident priests. It was completed in March, 1923. As the parish grew the old church was no longer large enough to accommodate the people who came to assist at Mass on Sundays so a new church was begun in June, 1924, and was dedicated July 12, 1925. The parish then consisted of eighty-four families. A school was begun on April 12, 1925, with the cornerstone being laid in June, 1927. School started on September 12th, with 105 pupils under the supervision of the Dominican Sisters of Springfield, IL.

At this time ad placement is not available ...

This space will grow as you add more information ...